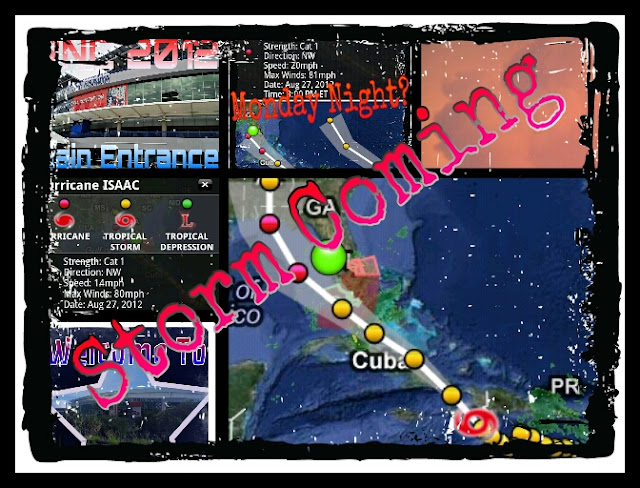 Florida Hurricane Bad Faith Claims Attorney Reports: One property owner decided to go it alone versus an insurance company. The owner did not know the complaicated rules and laws that apply when making claims against and insurance company. Her claim was tossed on a technicality. A critical rule on the timing of court filings was missed. The insurance company and their bevy of lawyers pounced on the detail and the bad faith claim was thrown out of court. Complete Story is here.


When details count, we can help!

Debby in Motion From Space

Florida Hurricane Attorney has just processed NOAA Images of Tropical Storm Debby from the GOES Satellite. It is raining heavily after the eerie sunset. Waves are getting bigger as Sunday morning approaches. Not a pretty sight.

Tropical Storm Debby at 1:55 am From Sea Level

Photo of Tropical Storm Debby at Sunset from Gulf Coast.

Florida Hurricane Attorney is watching the Gulf of Mexico this weekend for the strengthening of what may become our next Storm, Tropical Storm Debby or Hurricane Debby.


Update Sunday Midnight: The storm has been classified as a Tropical Storm.

As the Hurricane video update below stated, "As of 8 p.m. Thursday, the low-pressure system — now moving northward over the Gulf of Mexico and pulling rain and wind toward the region — has a 70 percent chance of becoming a tropical system by Saturday." The National Hurricane Center reports, “It looks like it has the makings of becoming our next tropical depression,” said Stacy Stewart, a senior hurricane specialist at the center.


"I live here in Jacksonville, so the roads right now are crazy. Get to hear the fire trucks and the ambulances on occasions. Winds are kicking up with gusts at around 70 mph, so borderline for a Cat 1, but it's making landfall, so that is expected to drop. The key for Tropical systems is that when they make landfall, winds push on direction and then as the eye passes, that pressure reverses into the opposite direction. Also, in the wake of the eye passing, you have a high probability of Tornadoes forming. This is not on par with a hurricane, however the centralized pressure is at 992 which has dropped 4 points from the 5:00 PM reports."


"Last, it's expected to meander around our area, turn back around and head up the coast. This storm should be taken very seriously because that meandering could cause the pressure to drop further. Just my opinion with living her most of my life and watching storms.﻿" S.S.